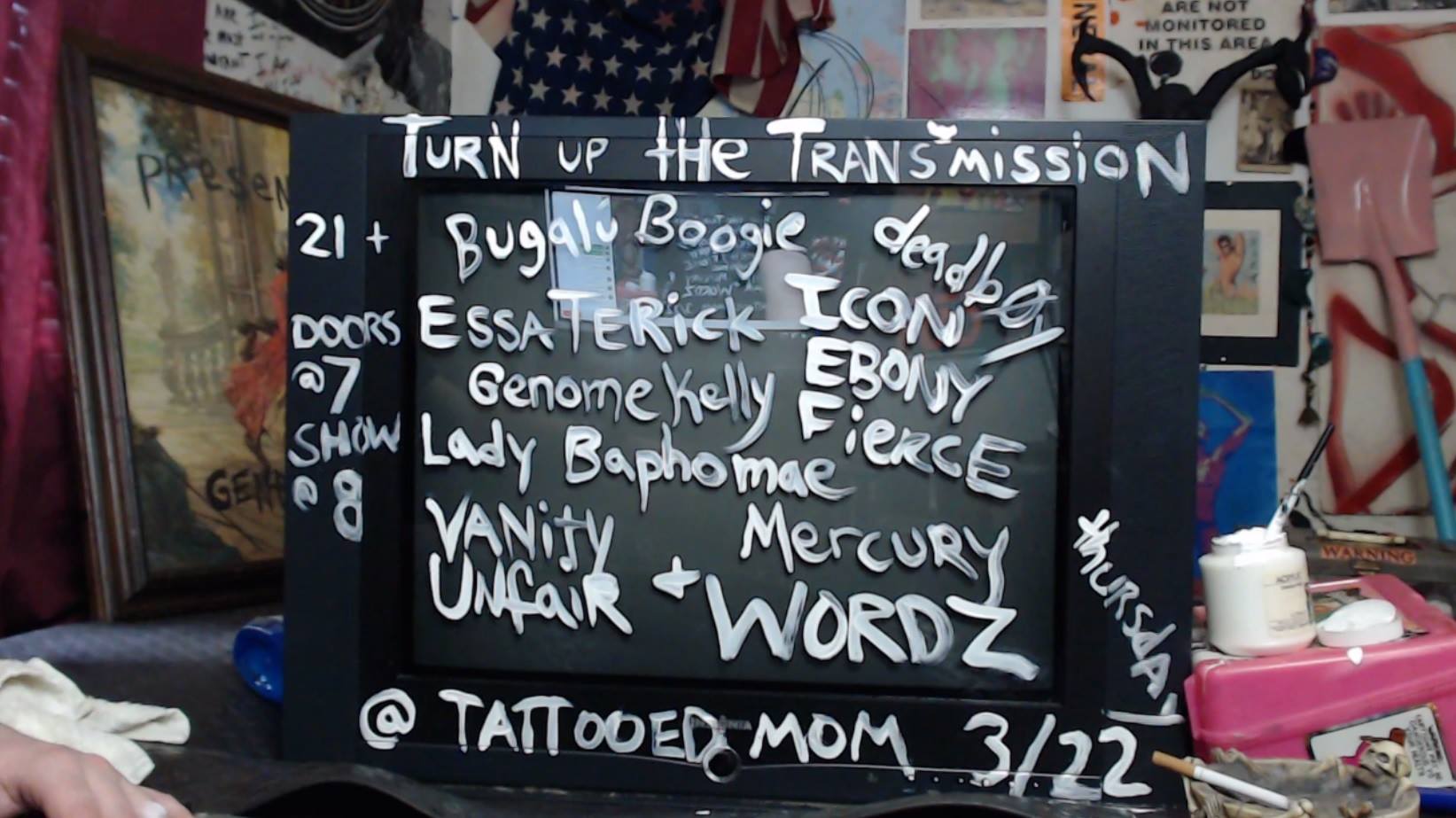 Combining trans* advocacy with live performance, Turn Up the Trans*mission has featured local and visiting transgender and/or gender non-conforming artists, and strives to introduce new performers to their lineup every show. Burlesque, drag, live-singing, spoken word, and other performance styles…this varied collection of artists has a purpose.

Turn up the Trans*mission aims to create a space for trans* identified performers to express their art without fear of prejudice, to create awareness and share their experiences in order to break down barriers of bigotry.