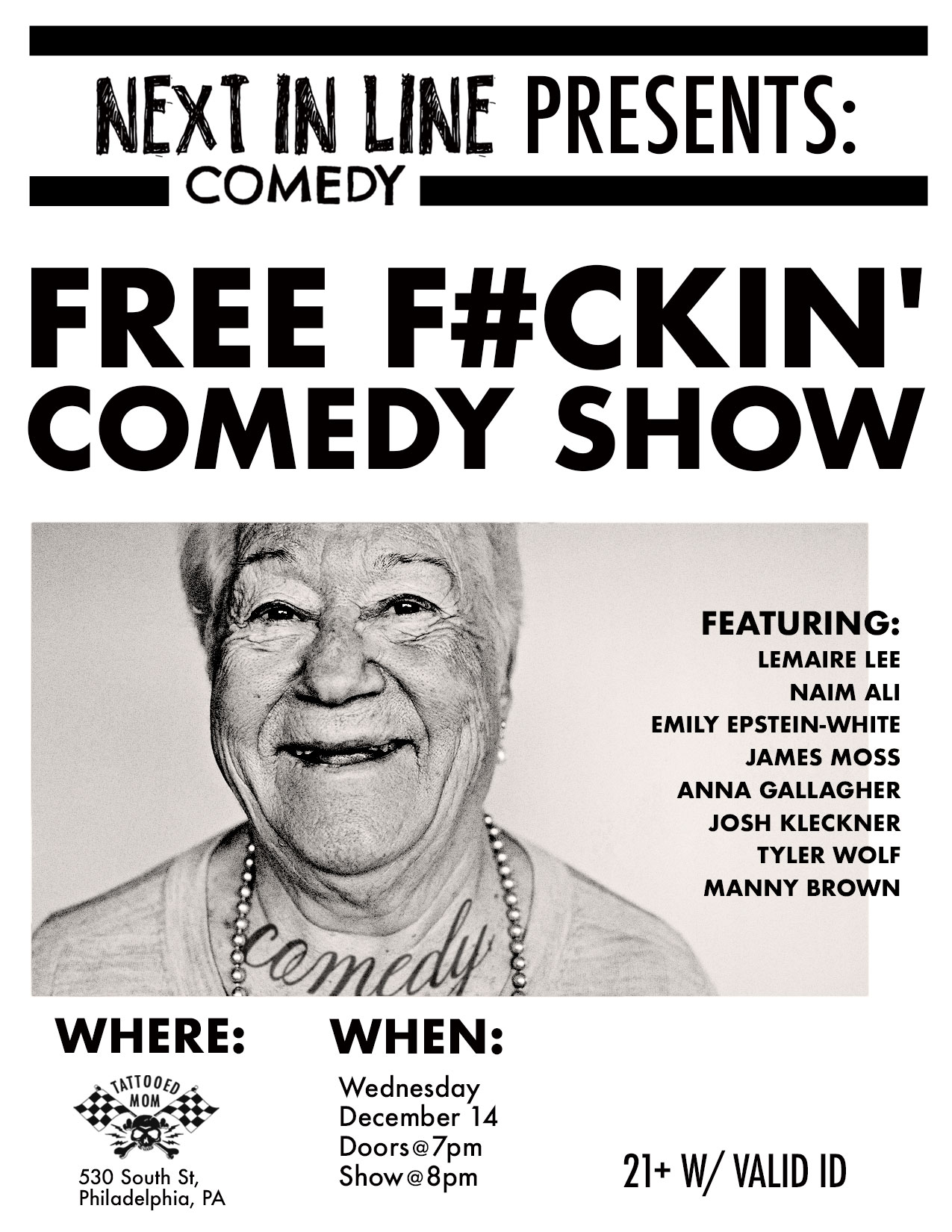 Recently voted “Best Comedy Night” by Philly Mag, Next In Line Comedy is a Philadelphia-based comedy collective run by comedians Manny Brown and Tyler Wolf. The group has also been featured in PhillyVoice and Thrillist.

Next In Line is now bringing the dopest comedy showcase in town to Tattooed Mom’s on Wednesday, December 14th at 8pm (Doors at 7pm) and it’s Free.99!

Free show in the upstairs of Tattooed Mom’s! Doors at 7pm, show starts at 8pm. Seating is NOT guaranteed even with a ticket, so show up early to reserve your spots. There is always a standing room section in the room.

Burger Wednesday is BACK y’all! Come slam some Smash Burgers (classic or vegan) every Wednesday for just $6!! Plus $3 PBR! Wednesdays, 4-11pm.