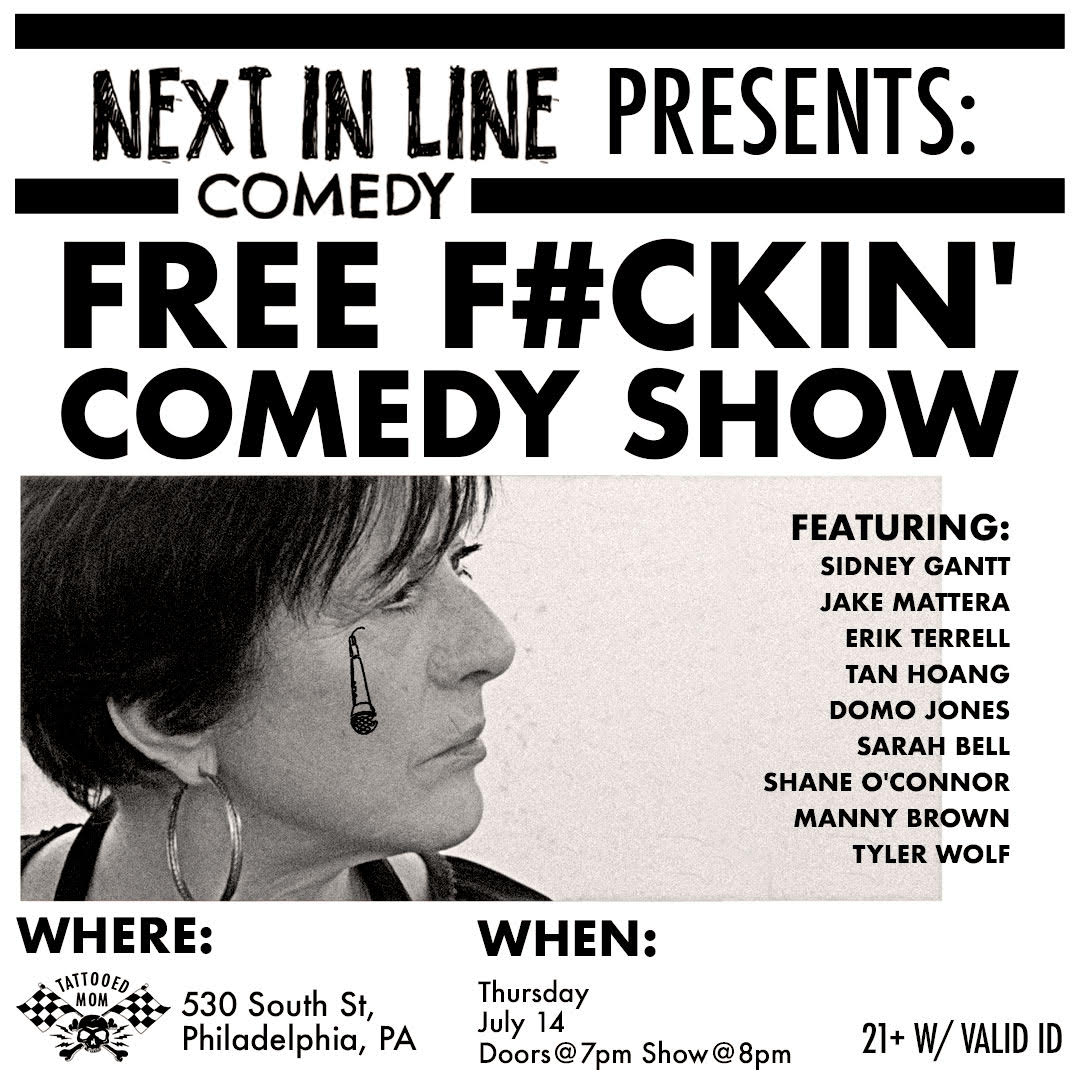 Next In Line Comedy is a Philadelphia-based comedy collective run by comedians Manny Brown and Tyler Wolf. The group has been featured in PhillyVoice and Thrillist. This month we’ve got the dopest showcase in Philly at Tattooed Mom’s coming up on Thursday, June 23rd at 8pm and it’s Free.99!