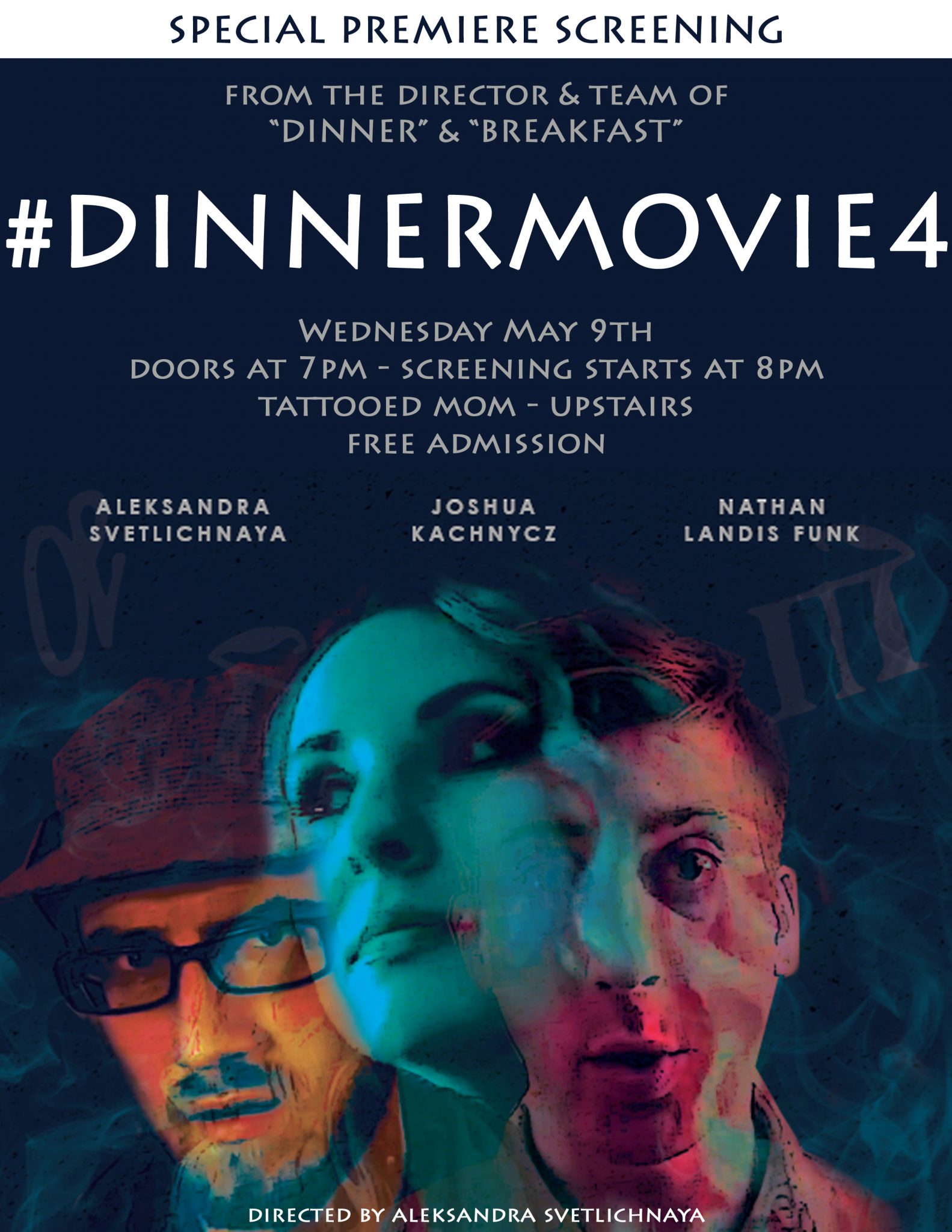 #DINNERMOVIE4” is the next short film in the anthology series known as the DINNERVERSE from local creative Aleksandra Svetlichnaya. “#DINNERMOVIE4” was shot locally in the Philadelphia area, with local cast and crew. The series also includes “DINNER” and “BREAKFAST” (aka #DINNERMOVIE2). Aleksandra wrote, produced and directed all three, while also starring in them.

“DINNER” and “BREAKFAST” have been screened at film festivals and comic cons all over the country – including San Diego Comic Con 2017! Don’t miss your chance to see this next film before anyone else! (Official title will also be revealed at the screening!) Members of the cast and crew will be in attendance.

What could possibly go wrong with a planned camping trip? Well, as any horror fan would know, quite a bit. Dylan (Aleksandra Svetlichnaya) discovers this the hard way when Oscar (Joshua Kachnycz) and Steven’s (Nathan Landis Funk) trip goes awry, complete with a mysterious artifact and a powerful demonic force. And worst of all – no s’mores!