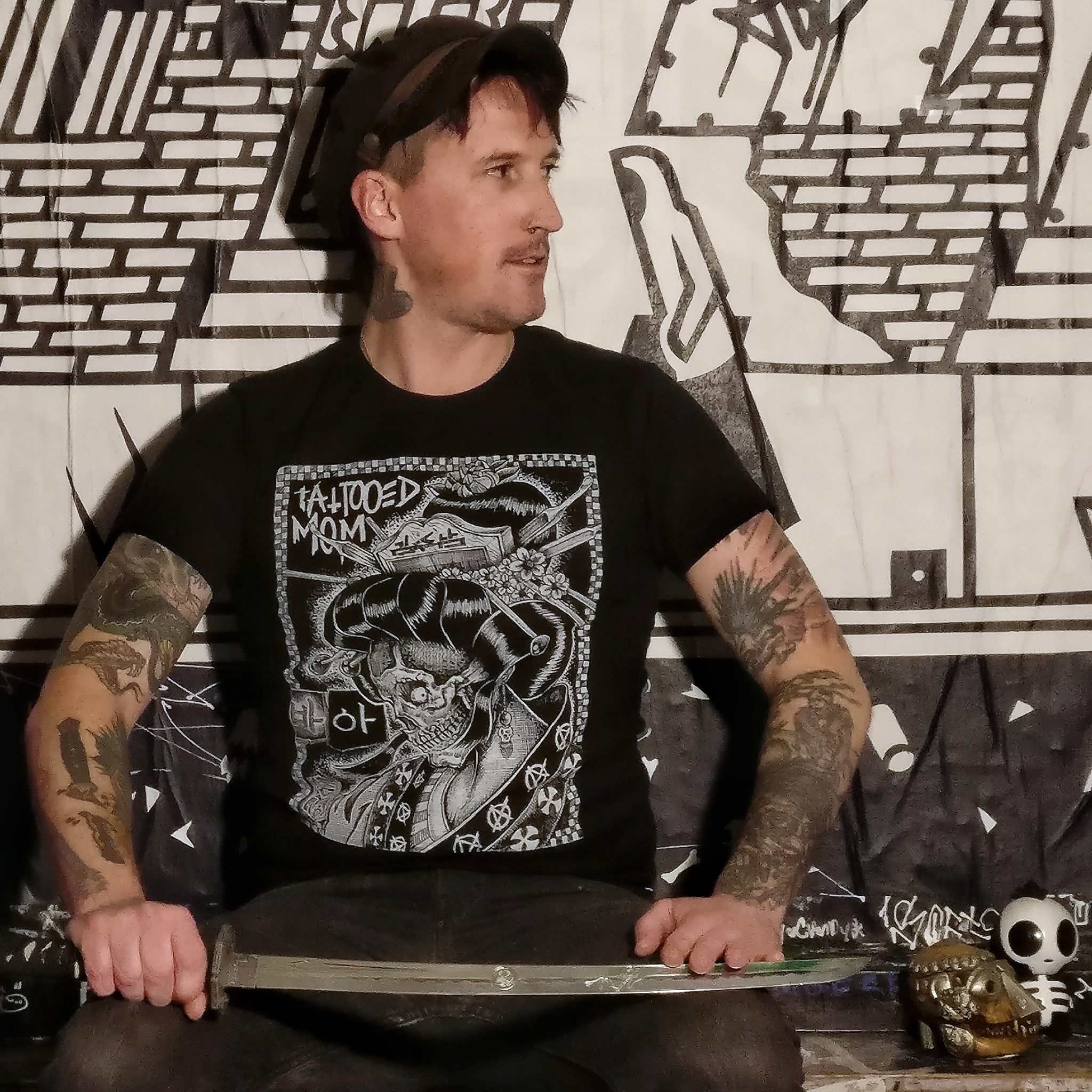 We’ve invited some of the talented folks who make Mom’s & the South Street community beautiful to help celebrate our 20th year with specially commissioned tee shirt designs. The third edition in our 20th Anniversary Artist Series tees is by Erik Levy / Kim Su of Body Graphics Studios. He’s been a dear friend for more than the two decades we’ve been here at Mom’s. And we are honored he designed one of our first ever TMoms shirts way back when as well as this new 20th Anniversary jawn.

We’re beyond stoked to be able to share this new piece of his wearable art with you.

We asked Kim Su how being a part of the Mom’s family throughout our history inspired his design:

“Two decades later and still honoring the community and doing it TMom fashion. I’m stoked to be part of the celebration. Happy 20th Anniversary & carri-on!”

The Kim Su x TMoms 20th Anniversary tee shirt will be released on December 28th. Available in a white design on a black tee in a full range of sizes. Limited edition run, so don’t sleep!

We’re excited to share more of these special designs with you over the next 12 months. Stay tuned for details on the next 20th Anniversary Artist Edition tee shirt.