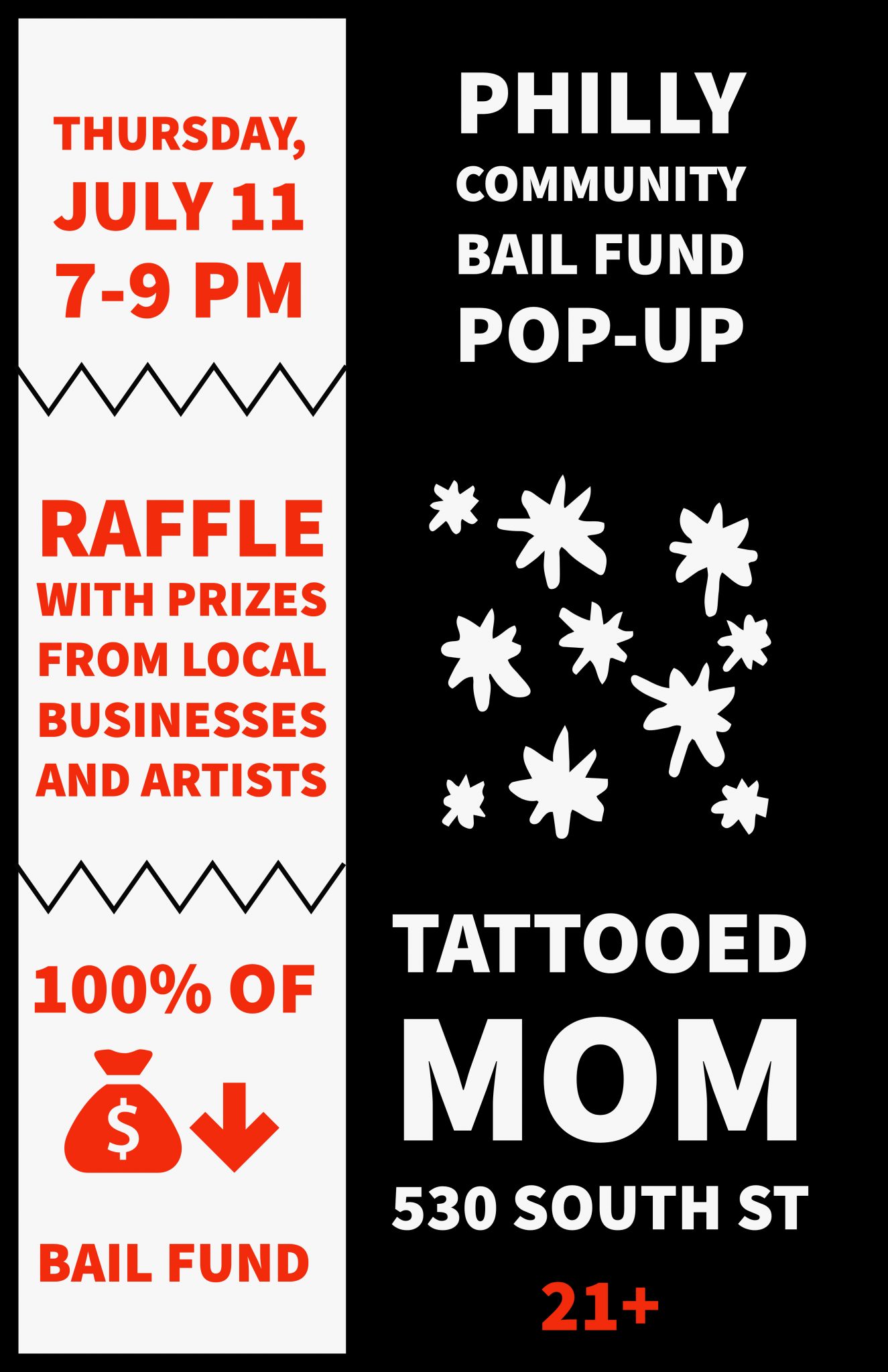 Join Decarcerate PA as we celebrate and raise money for the Philadelphia Community Bail Fund! Help bring our loved ones and community members home. Enjoy raffle prizes from local businesses and artists. Hear from Philly Community Bail Fund organizers about the success of Mama’s Day Bail Out, and learn how to get involved throughout the year.

FREE // 21+ // UPSTAIRS
Raffle tickets will be sold at sliding scale prices, and 100% of the money raised will be donated to the bail fund.

The Philadelphia Community Bail Fund posts bail for residents of Philadelphia who cannot afford to pay bail while advocating for the abolition of bail and pretrial detention in our city.

We know that Philly jails are filled with people who spend weeks, months, or even years incarcerated while waiting for court, simply because they do not have the money to pay for their own freedom. Pre-trial detention leads to higher rates of conviction, the pressure to accept guilty pleas, longer sentences, and traumatic disruption of lives including loss of jobs, housing, mental health supports, and devastated families
By paying bail, our fund supports individuals in remaining at home with their families and communities while fighting their cases. Our goal is to end cash bail in Philadelphia while working to free as many people as we can.

The Philadelphia Community Bail Fund is run by a collective of volunteer grassroots organizers and active members of the community, including folks we’ve bailed out. We are committed to organizing with and for the people most directly impacted by the racist system of mass incarceration, criminalization and policing. We use a non-judgmental approach and do not consider a person’s charges to respect an individual’s constitutional right to the presumption of innocence until proven guilty.