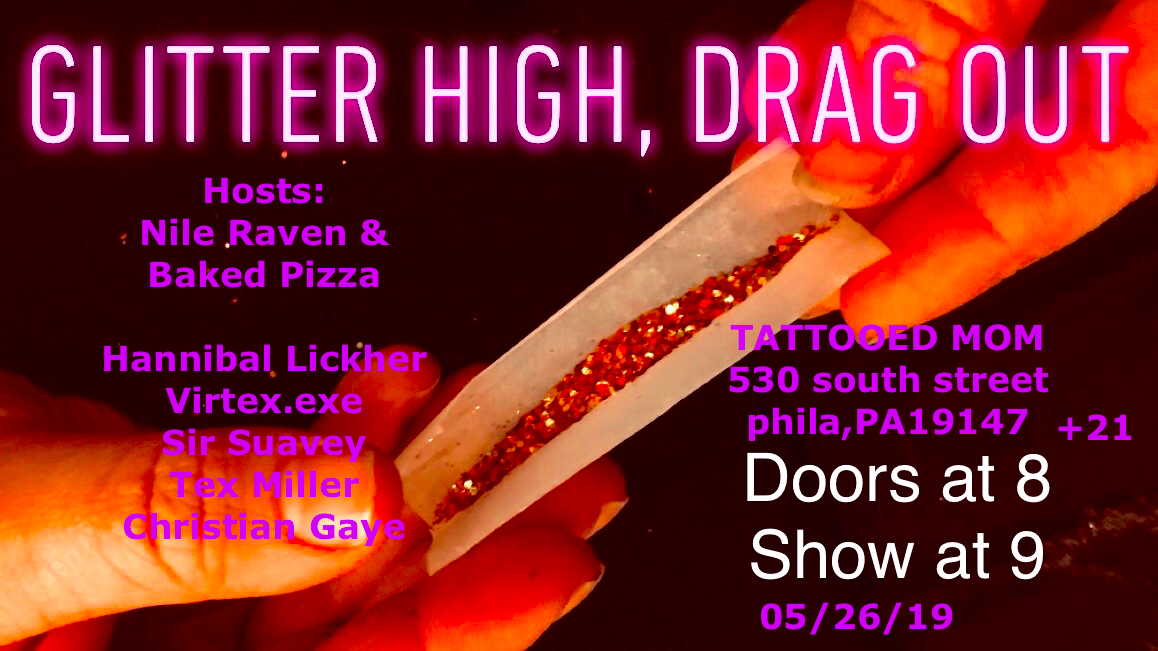 The Kings and Monsters are back in town!

Be here for the second production of Glitter High, Drag Out: an all drag king/drag monster show. A show co-produced by performer Baked Pizza and drag king Nile Raven!

Enjoy half off all drafts before and during this event from 5-7pm and 10-11pm
plus $2 PBR pounders & half price tots 7pm-close!