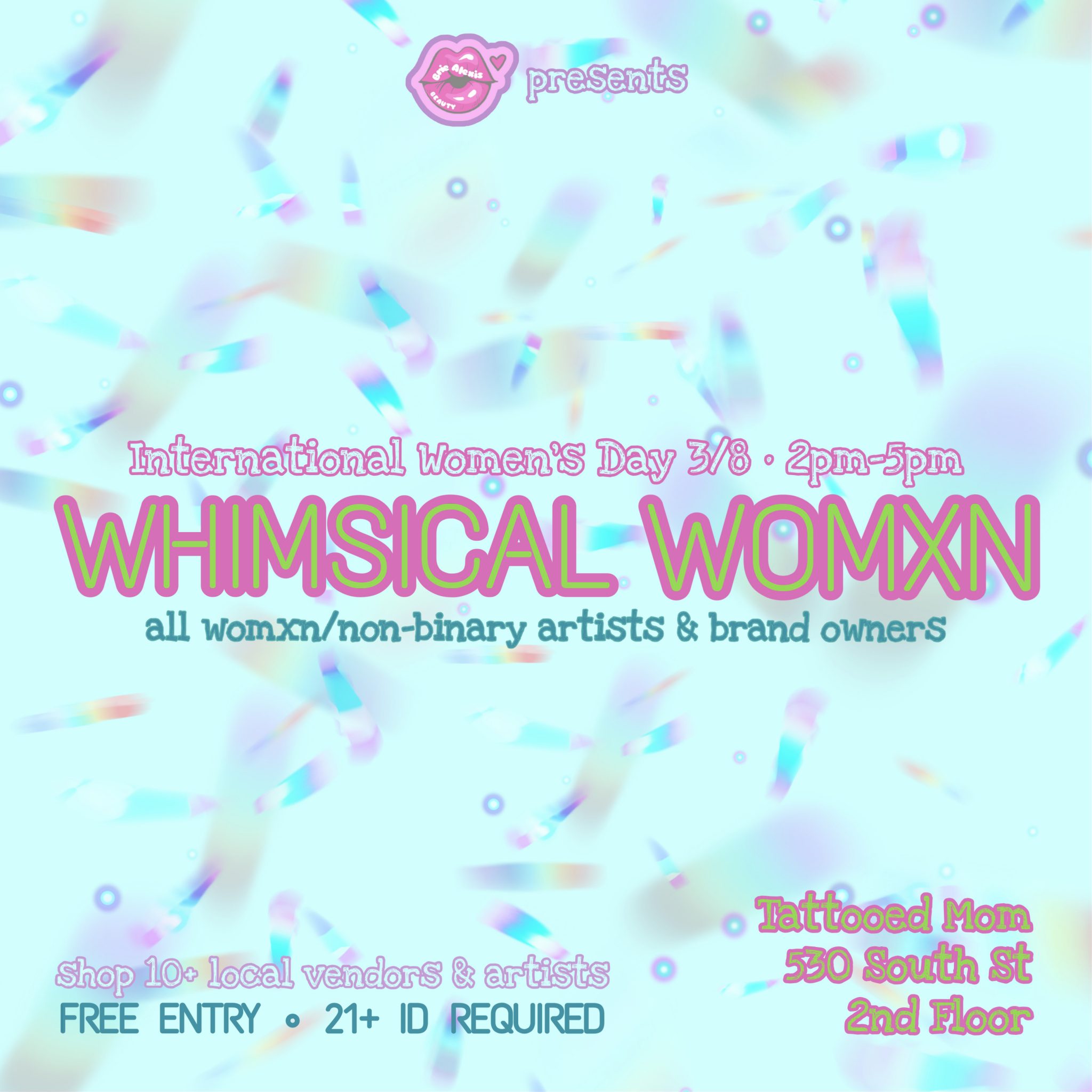 Celebrate International Women’s Day this year by shopping with local talented artists! Whimsical Womxn will feature works by 10+ local womxn/non-binary creatives that will all be available for purchase!

Enjoy this event with Tattooed Mom’s full food & drink menu,
plus half price drafts after this event from 5-7pm and 10-11pm! 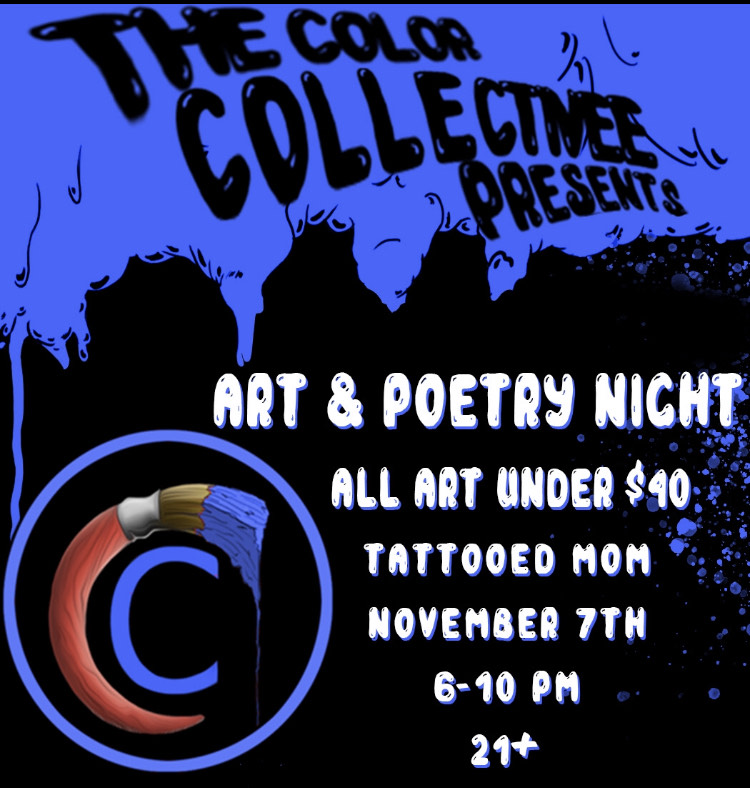 Come out and enjoy a night of ART and POETRY presented by The Color Collective, and everything is $40 OR LESS! All pieces featured in this show are made by artists and artistsans local to the Philadelphia area! 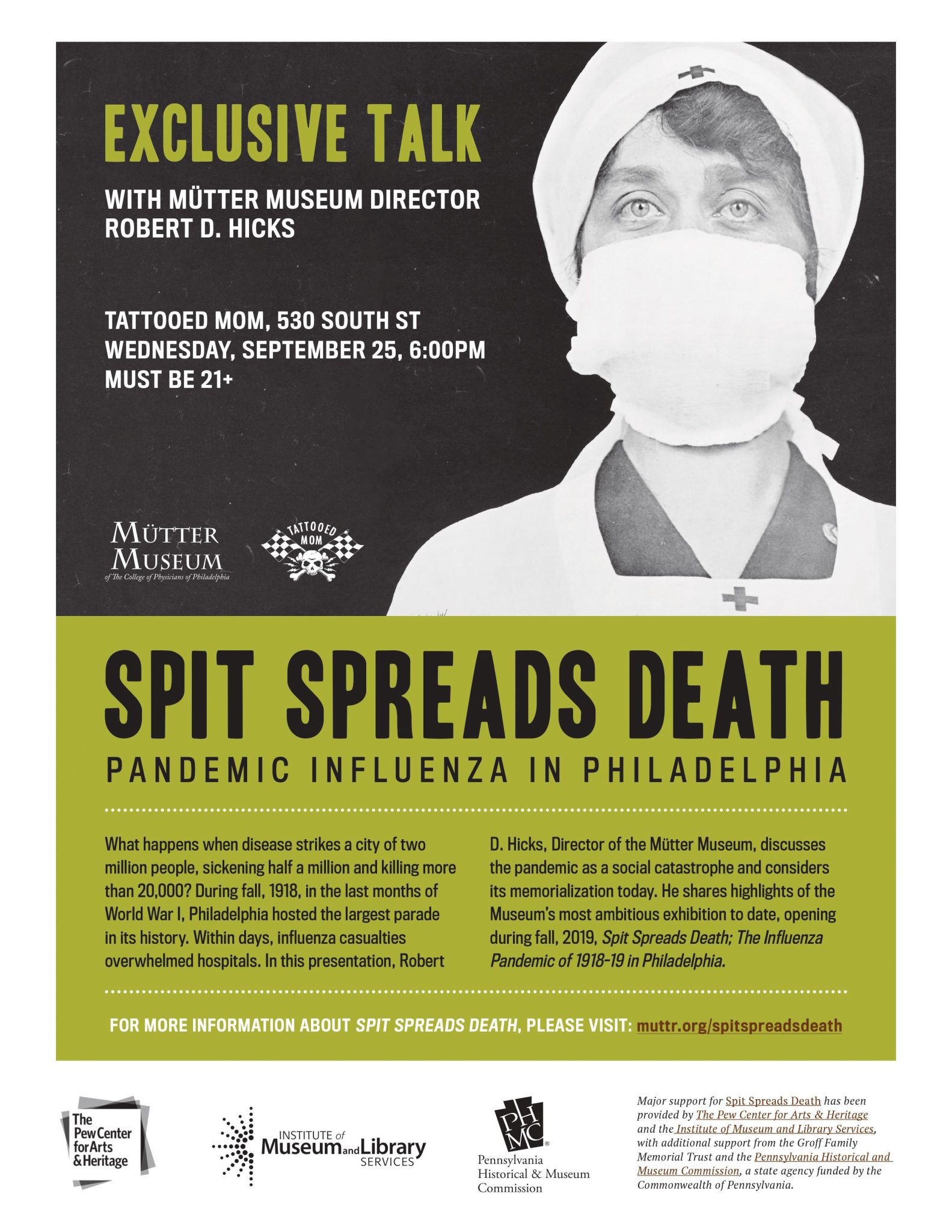 What happens when disease strikes a city of two million people, sickening half a million and killing more than 12,000 in just six weeks and 20,000 in six months? During the fall of 1918, in the last months of World War I, Philadelphia hosted the largest parade in its history. Within days, influenza casualties overwhelmed hospitals.

Robert D. Hicks, Director of the Mütter Museum, will lead a talk about the disaster that claimed more than 16,000 lives in six months, as well as an exhibition of relevant artifacts from the museum collection, both of which highlight the museum’s most ambitious exhibition, Spit Spreads Death: the 1918-19 Influenza Pandemic in Philadelphia.

Join us for a brew, burger specials, and a bit of local dark history—PLUS the chance to win tickets to the museum!

Exclusive talk begins at 6:30PM.
Can’t make it? Don’t miss out on the exhibit, and make sure to catch the museum’s interactive commemorative parade with Blast Theory UK on September 28th! 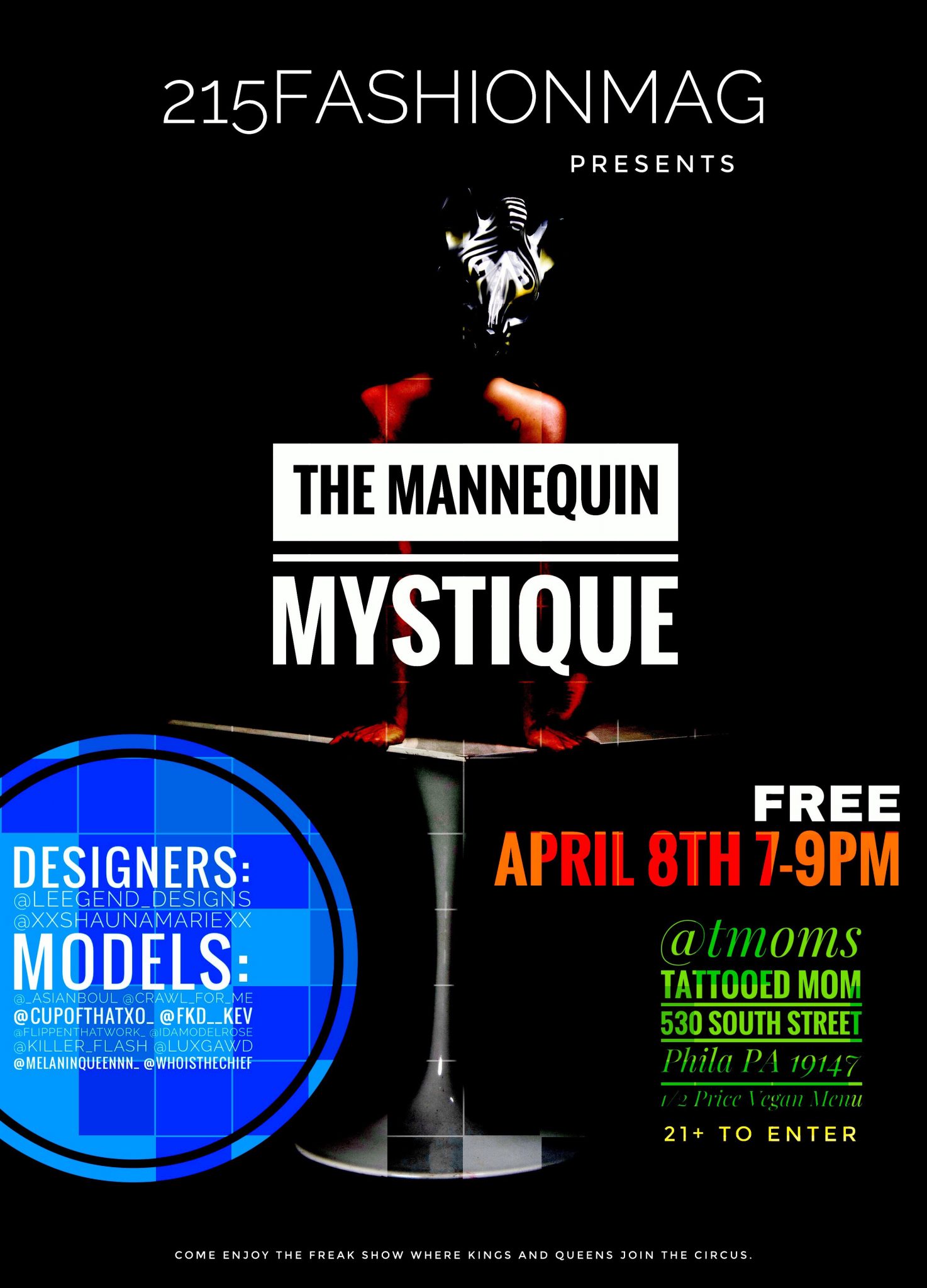 Join and engage with our freak show as Kings and Queens join the circus! 215fashionmag presents a live fashion presentation with cutting-edge local designers & models with raw underground talent. You will not want to miss this!

Enjoy this event with our Meatless Mondays specials:
1/2 off our full veggie menu noon-10pm
& half off all drafts 5-7pm and 10-11pm