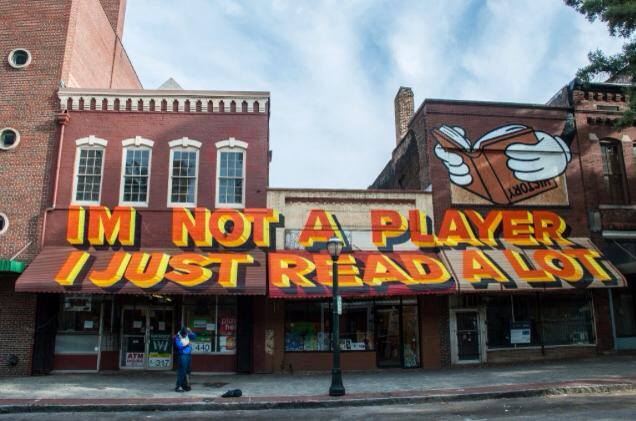 Oki Sogumi was born in Seoul, South Korea as military dictatorship ended. She writes poetry and fiction, and her forthcoming speculative novella is about giant insects, migration, time travel, oceanic feelings, wellness, and both the limits and possibilities of relations like friendship. She currently resides in Philadelphia.

Amy Lawless is the author of three collections of poems including My Dead (2013) and Broadax (2017) both from Octopus Books. With Chris Cheney she is the author of the hybrid book I Cry: The Desire to Be Rejected from Pioneer Works Press’ Groundworks Series (2016). A chapbook A Woman Alone is just out on Sixth Finch. Poems have been anthologized in the Academy of American Poets’ Poem-a-Day: 365 Poems for Every Occasion (2015), the Brooklyn Poets Anthology (Brooklyn Arts Press, 2017), and Best American Poetry 2013 (a collaboration with Angela Veronica Wong). Other poems have been recently published in Gramma and Powder Keg Magazine. She received a poetry fellowship from the New York Foundation for the Arts in 2011. She teaches writing and lives in Brooklyn.

Angela Veronica Wong is a poet, writer, and artist based in NYC. Her most recent book of poetry is elsa: an unauthorized autobiography (Black Radish 2017). Chapbooks include the Poetry Society of America New York Fellowship winning Dear Johnny, In Your Last Letter. Poems have been anthologized in Please Excuse This Poem: 100 poems for the next generation and Best American Poetry (collaboration with Amy Lawless). Fiction has appeared Denver Quarterly, Duende, and Smoking Glue Gun. Performance work has been featured in independent galleries in Buffalo, Toronto, and New York City. She was named a Poets & Writers debut poet for her first book of poems, how to survive a hotel fire.