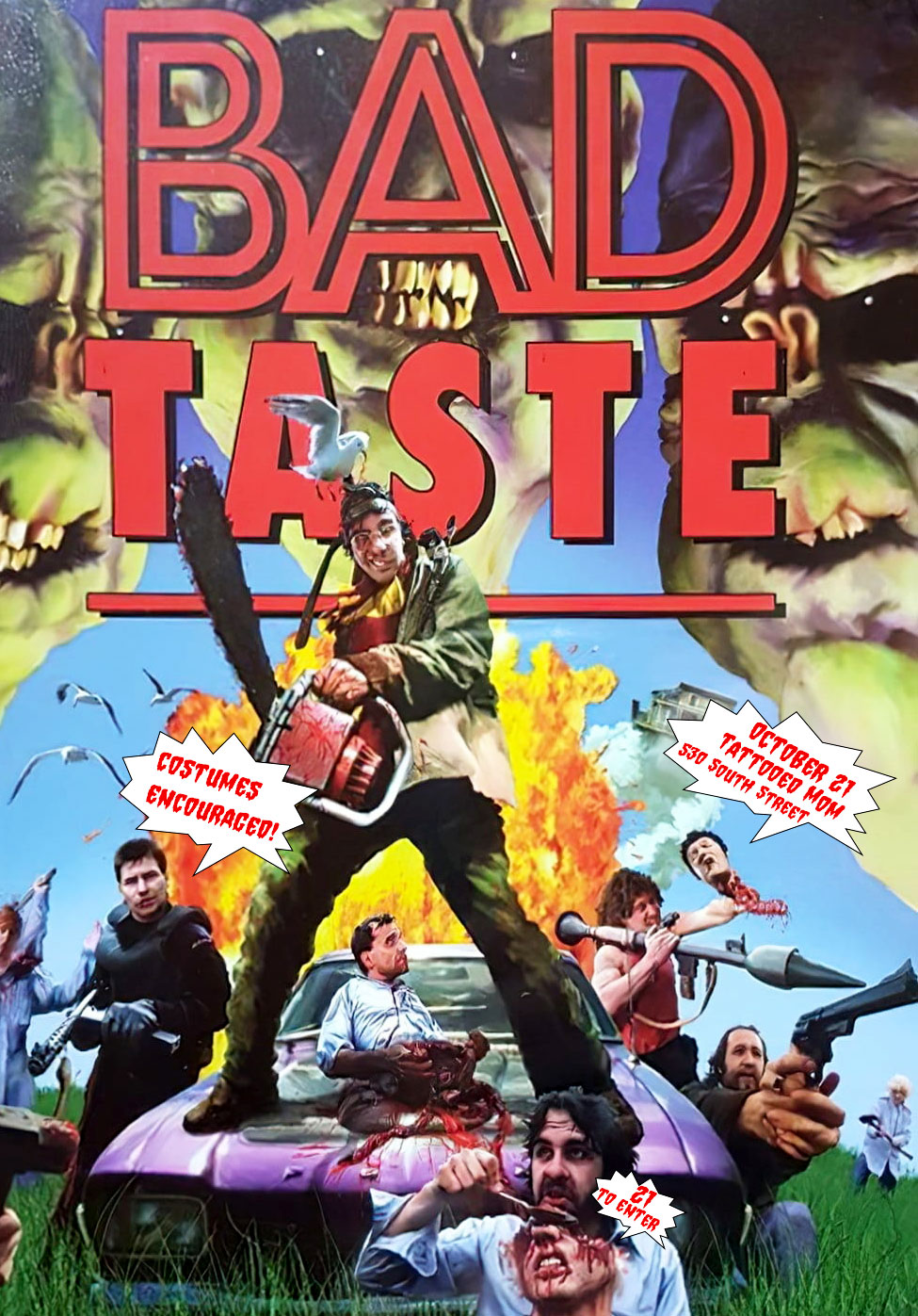 One. Two. The decks are coming for you. Join us October 21st for a night of scares and frights. Over 70 artists displaying horror and Halloween themed skate decks. This is a one night show only!

The deck show is back for one night only! All artwork is inspired by Animal Chin, Bones Brigade, Powell Peralta, and all 80’s skate! Join us for a night of decks, skate, Love City Brewing beers, and more! 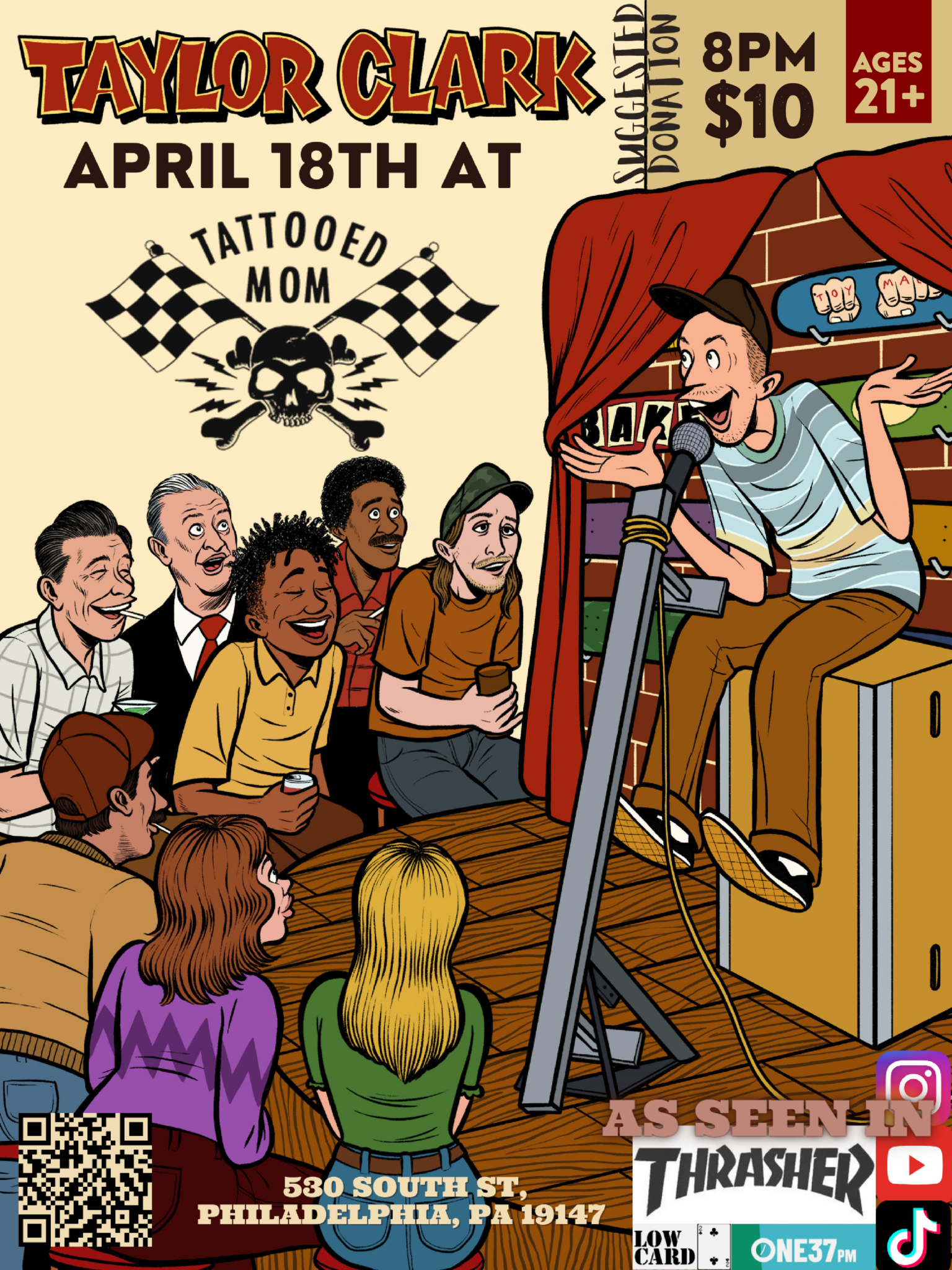 With a hit album on Spotify, thousands of new followers, and shows all over the country, everyone is discovering Taylor Clark, but skaters found him first.

Taylor released a few stand up clips about being a skater and was promptly interviewed by the biggest skate mags in the world, Thrasher Magazine and Low card Magazine to name a few. He became credited as the firs comic to ever do stand up about skating that was “actually funny” He has been on a non-stop US tour ever since.

His shows are packed with high octane levels of energy, sneaky punchlines and a shocking amount of jokes. He can rant about his eclectic family, parenting failures, and youth culture and then roll right into hilarious and hard to believe true stories.

As well as being a finalist in the Seattle International Comedy Competition, a performer at the Lauging Skull Comedy Festival, and opening for Mark Normand, Joe List and many others, he’s also just some dad living in WA with his wierd family. 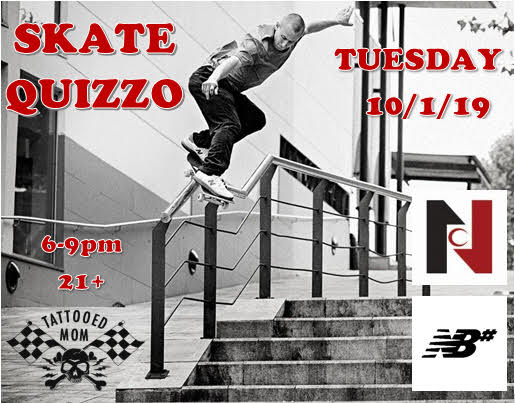 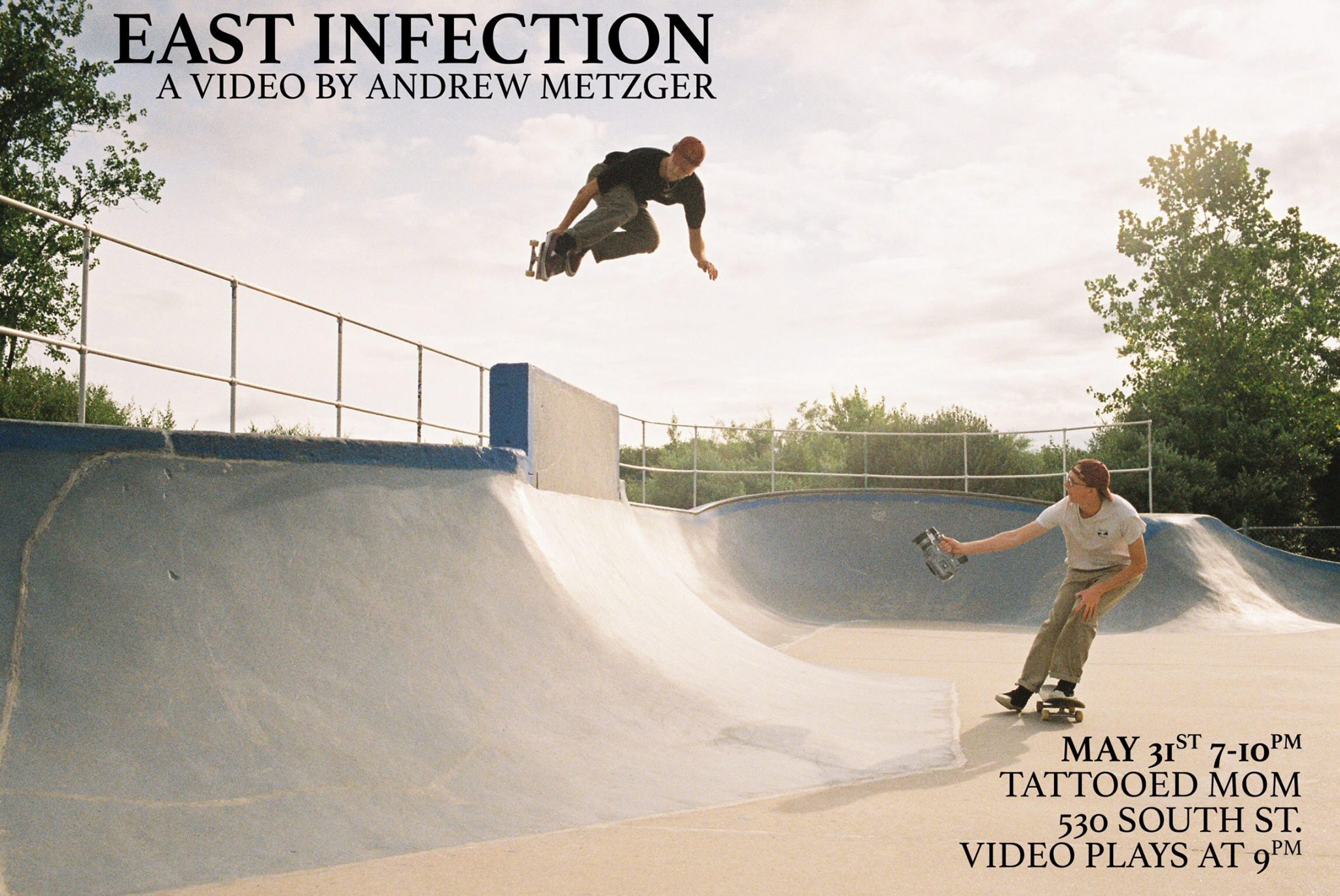 Enjoy this event with TMOMs full menu
plus half price drafts before and after this event from 5-7pm and 10-11pm! 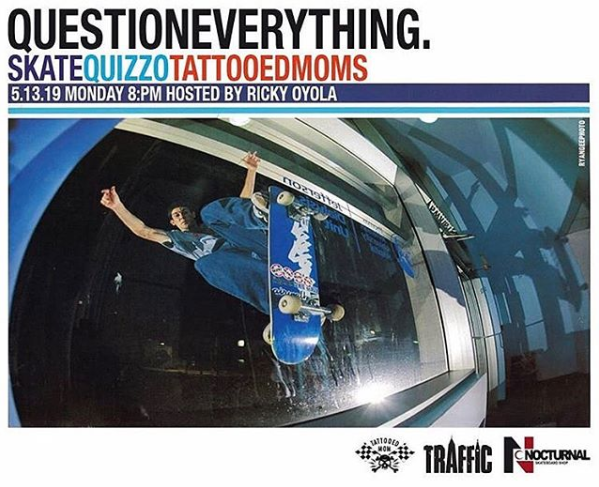 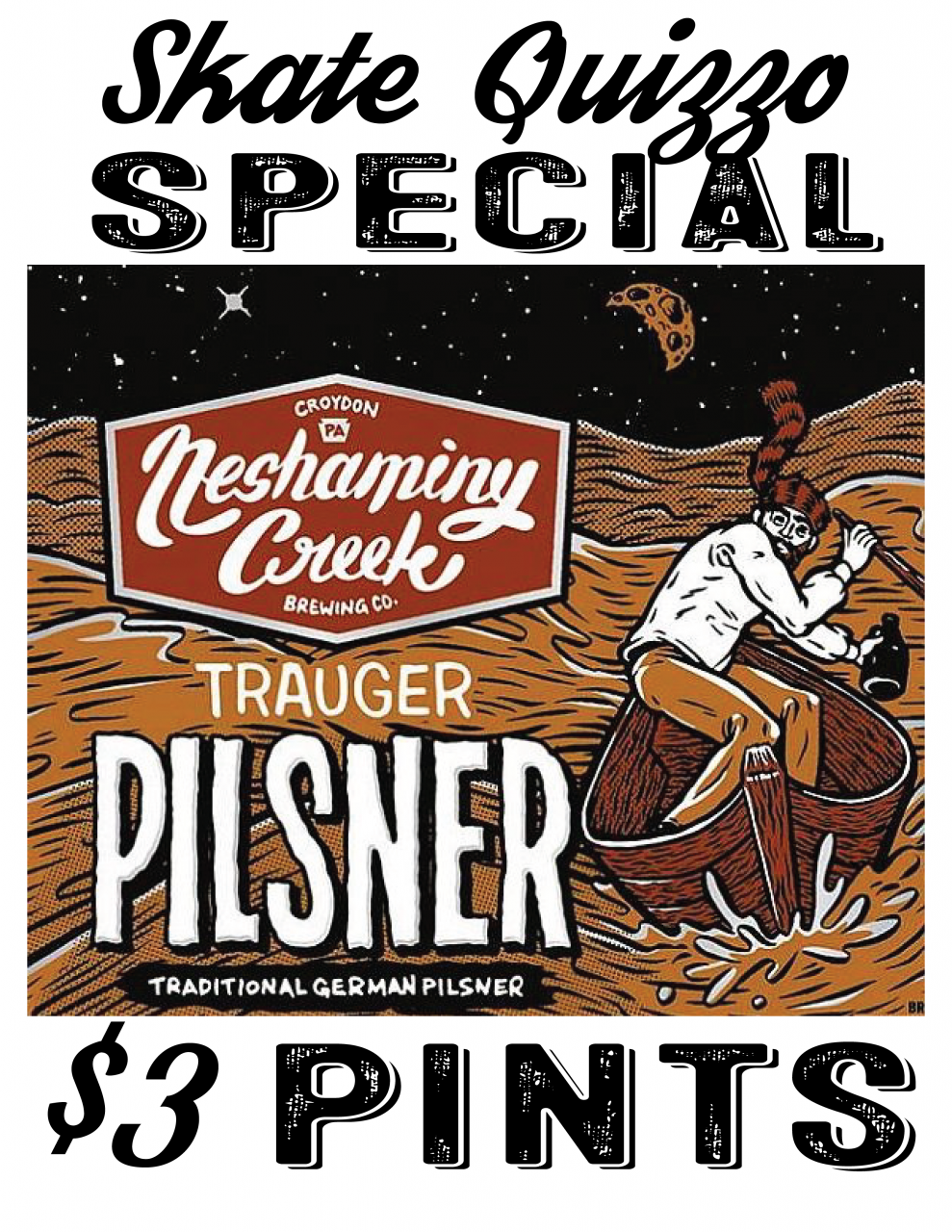 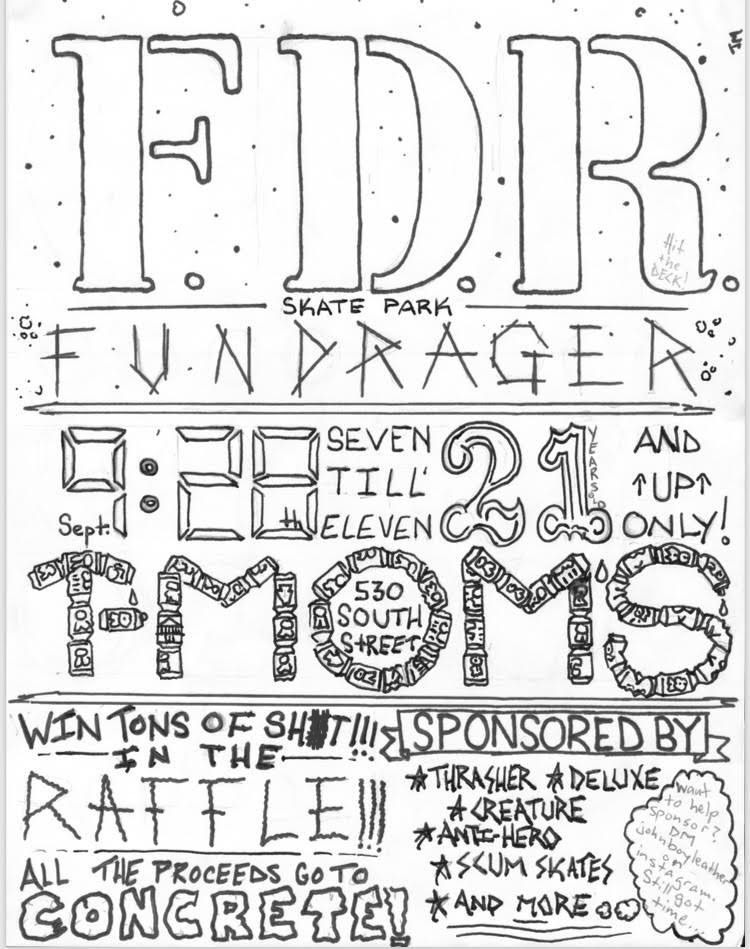 Join us on September 28th to help the FDR Skate Park raise funds towards completing the newest wing of their park. Concrete ain’t cheap, so come & drink & eat!
FREE // 21+ 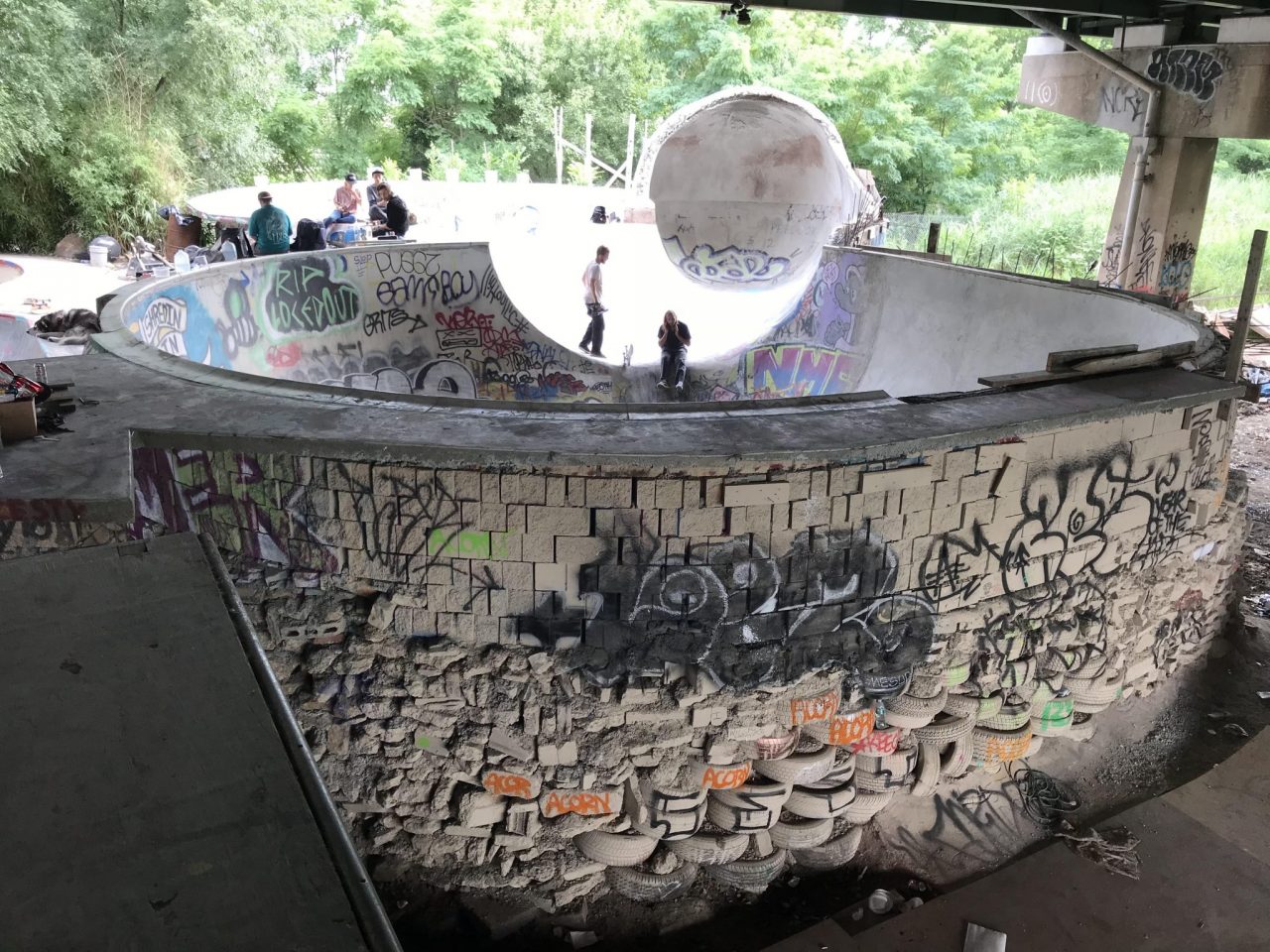 Want to help or sponsor? DM @johnboyleather on Instagram.

Enjoy this event with half priced drafts from 5-7pm and 10-11pm
+ tasty snacks and sammies from the full TMOMs menu! 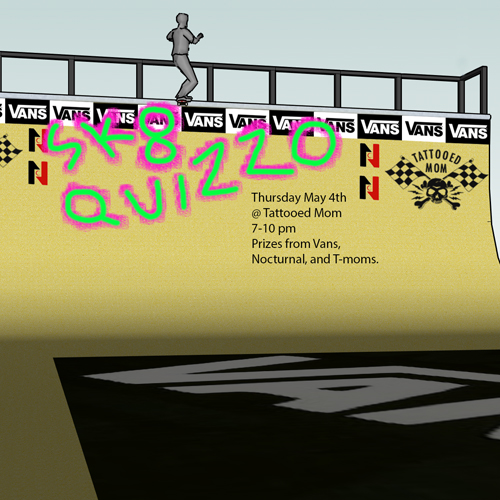 Test your sk8 know-how in a few rounds of Sk8 Quizzo, sponsored by Vans and Nocturnal Skateshop.  Win some awesome prizes and then stick around for sk8 videos!  Hosted by Snacks. 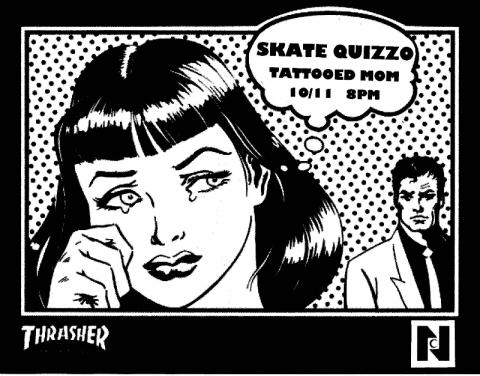 We’re joining forces with our neighbors at Nocturnal Skateshop for a new round of Skate Quizzo. Test your knowledge of weird & obscure skate trivia while grubbing on $1 tacos plus $2.50 Tecates. Rad prizes & good times. Don’t sleep, SKATE QUIZZO yo!